The truth behind the story!

This is a 4 part mini series I wrote over the weekend as a companion to my recently published book. It will run over the next 4 weeks, every Monday morning at 8am!

Angel with a Broken Wing is my first work of fiction. It’s got all of my favorite elements in it. But where do these ideas come from? Well, I’m going to tell you.

I’m going to think back and try to remember some of the inspiration for this story.

I am obviously Christian Blackmore. Not anymore, but I was back in the 90’s. I was miserable in my marriage and my job, and I wished  I could just run away from the life I had created.

The Cover: I was an art major all through school. When I think about that now, it feels like a million miles away. I liked comic books growing up, and my first exposure to art was in comics. I always made art throughout my childhood, so art class was a natural progression for me in school. It was the only class that was effortless.

I loved to work in pen and ink. I liked its stark simplicity. I have several works from high school that I still retain in my collection. This one, The Angel is my favorite.

It was an incredibly cold day in February of 1980. I was in my double period, art major class. There were only two of us in the class that were any good. Me and Bill Polini.

I looked out the window as the snow came flying. I took pen in hand, and imagined a beautiful girl. In a warm place. She’s with me. We’re maybe riding horses…or camels. She turns to look at me, and the reflection of the oasis behind me reflects in her sunglasses. I long to kiss her.

Uncle John: I had an uncle John on my mother’s side of the family. I share many of the same characteristics of my mom’s side of the family more than my dad. My mother had four brothers; Roland, Robert, Norman, and John. All of her brothers kept their hair and all died in their late 70’s and 80’s so maybe if my liver holds up, I’ll meet the same fate. John never left me any inheritance, but my uncle Rob left all of us kids some loot and it was substantial. He lived in Florida.

The Pinto: My grandmother, (My dad’s mom) We called her Grammy. I loved her. When everybody thought I was a piece of garbage in my early teens, she was the only one that had faith in me. So She will always have a special place in my heart. She was a cool lady, who liked a cold glass of beer and some good neighborhood gossip. Just an adorable lady. When she died, the last car she owned was a gold Ford Pinto. That car is my last memory of her. So I used it in the story. The car’s fate is based on stories I heard back in the 70’s about an engineering flaw in the vehicle.

Woodbury, New Jersey: I lived in Woodbury from 1992 to 2001. My wife and I owned a house on Barber Street. I modeled Christian Blackmore’s residence after my own house there. So when I wrote about him in his house in Woodbury, I could picture my own life there.

The Phoenix: I remember first hearing about the story of the Phoenix on an old record album. It was a collection of stories about superheroes. It was like an old radio show type collection of plays on one LP. I remember hearing about the Phoenix in one of those stories, probably back as far as 1973. When one of the characters describes the Phoenix, it is a verbatim rendition of what I heard on that record, nearly 50 years ago. I always felt like I could relate to the Phoenix in my own life. I always felt that no matter how many times I got destroyed in my life, I always came back better than what I was before. I think that’s why I have the characters make a stop over in Phoenix, Arizona on their journey to LA. There are some transforming moments for a few of them in that chapter.

Gloucester County College: When I was married back in the 90’s my then wife came from a very collegiate family. I never went to college, but had several college credits from the American Institute of Banking through courses I had taken through the bank I worked for. My wife thought I should go back to college at night and take courses to get my college degree. So I did. I took those classes at night after work, at Gloucester County Community College. I don’t feel that it was a waste of time, because it led to some interesting things. I’ll be getting to them shortly.

The Gun: Everything you read in Angel about the Bulldog .44 revolver is true. I never owned a gun, and like Christian Blackmore, I hate guns. But all of the info about that weapon is from real events. The story Christian tells Sheryl about the girl at the shore is all true. That happened to me in the summer of 1977. Funny thing is, I recently reconnected with that girl from New York on Facebook. (At 57, she’s still hot!) Oh, one last thing, I had to make a slight change in the action sequence involving that gun. During the final edits of the book I discovered that the bulldog .44 only holds 5, not 6 bullets like most revolvers! I guess because those bullets are so big!

Sheryl Stanton: Sheryl was inspired by a girl I met in one of the banking courses I took at Gloucester County College. I pretty much describe Sheryl as how this girl was in real life. We had a good friendship for a brief period and even had some romantic dalliances. She did break it off with me when she moved to California for a period of time. The real Sheryl never worked in a mental health facility. That’s completely made up for the story.

Karl Itzky: The first kid I met when I went to Frankford High School in 1978, was a guy named Karl Itzky. He was the only person I knew other than my older sister. I just liked his name. He is nothing like the Karl Itzky in the book. He was a nice guy, who I sadly lost touch with when I moved up the social ladder in high school.

Honest Files: The name of the bar/restaurant where Christian and Sheryl hang out is taken from a song by the band, Urge Overkill. There are many references in the book about music I was listening to back in the 90’s where this story takes place. It’s from their album, Exit the Dragon. Here are some of the lyrics from the song:

I thought it was a cool song, and that bar is where I hung out with the real Sheryl back then. It’s where we would spill our guts to each other about everything in our lives. I used to say we were opening the ‘Honesty Files’ about what we were experiencing at that time.

The real place is exactly the way I describe it in the book. The animal trophies on the walls, all of the real bookcases all around the room, and the fireplace. We spent many a night there pounding martinis and smoking tons of cigarettes. (Yea, you could smoke in restaurants and bars back then!) It was a welcome repose from our chaotic lives. 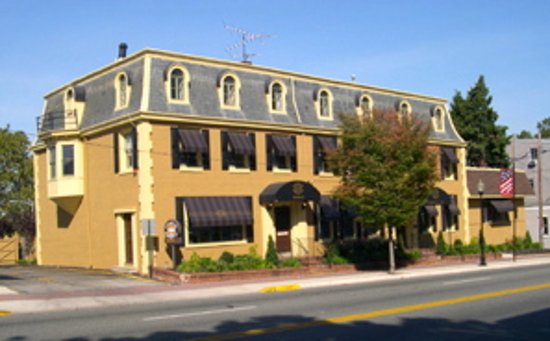 You can buy Angel with a Broken Wing on kindle and paperback right here:

7 thoughts on “ANGEL WITH A BROKEN WING: Inspiration and Behind the Scenes – Part 1”