One chilly night I was in the VW minibus with my dad and my older sister. He decided to stop at a local convenience store on the way home on Rising Sun Avenue.

The shop was called Mister Grocers and it was an early convenience store. These types of stores would giveaway to later giants like 7-Eleven and Wawa. (Back then Wawa was a dairy farm. Incidentally, Wawa is the native American word for goose.)

I don’t remember why we stopped there but maybe he needed to pick up some cold cuts. My sister and I wandered around the store while he did what he had to do.

I came upon a rotating display rack full of little toys. The ones that caught my eye were these toy cars on little cards. I was checking them all out and they were really cute little cars. So for some reason unknown to me to this day, I stuck one in the pocket of my red baseball jacket.

It was the first time I had ever stolen anything. I don’t even know why I did it. I had plenty of little cars at home. It was almost as if this other power took over and compelled me to shoplift. It was definitely a compulsion. I think this may be a common thing in children that they eventually grow out of.

I remember sitting in the car on the way home and saying how I felt cold so I kept my hands stuffed in the pockets of my jacket. There was no reason for me to say that but I obviously wasn’t a good thief.

We made it home and I went up to my room to get ready for bed. I closed my bedroom door and took out the little car. I ripped open the package and looked at the toy. It was yellow, and not a color car I would have ever wanted, so maybe it was just the thrill of nicking it from the store. I have no idea. I placed the little car in a box among some other stuff in my room that sat on my radiator. 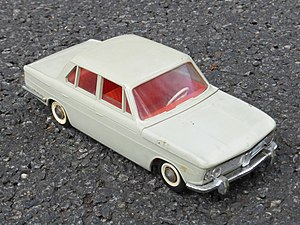 I went into the bathroom and got cleaned up for bed, and then headed back to my room. My mother was standing there holding the car and the ripped open package. Did I simply throw the package into the wicker wastebasket in my room? That’s very sloppy. I don’t remember. My room was full of all sorts of toys. How did my mom find this one thing that I just clipped tonight? ESP? I’ve never been able to solve this mystery.

The next thing I know, I’m sitting on the toilet seat and both of my parents are grilling me about where I got this little car. I lied and told them my friend Dave Archut gave it to me. Was this some kind of go-to lie I would use going forward? Probably not if it didn’t work.

After a few minutes of intense interrogation, I cracked and told them that the package was already ripped in the store and I just took the little car from Mister Grocers.

It would have been awesome had it ended there with a stern scolding. But no… that would not be the order of the day. My mother and father left the room for a moment while I sat there having an anxiety attack on the toilet in my pajamas like a prisoner in the Gulag.

My mother returns with my jacket and slippers. It’s bedtime. We’re going in the wrong direction, mom. But apparently, we were going in the right direction. My father marched me downstairs and took me back out to the minibus and put me in it. I’m shivering as he proceeded to drive us back to Mister Grocers.

I’m terrified and nearly go into paralysis as we pull into the parking lot and there are two police cars parked there.

I see that, and I’m practically filling my pants in fear. My father tells me to go in with him and what I need to say to the clerk. We get out of the van and head into the store. I can’t believe the cops are on the case of the stolen car already! This is a serious offense. I’m in deep trouble. Grand theft auto? Juvenile Hall? Hard time?

My dad places the car in the ripped-open package in my hands. We walk up to the counter to the clerk behind the counter.

Then my father tells me to go stand over there. Of course, I complied because there was no alternative but to obey. I was caught. Nabbed. No longer on the lam. My days of thievery were officially over.

He spoke with the man for a few minutes, and then we left. I don’t remember the conversation in the car on the way home, but I felt really bad but relieved I didn’t have to go with the police.

We never really spoke of it again, but it was a lesson well learned. My days of shoplifting and thinking I could get away with it had begun and ended on the same day.

I was 16 years old and shooting pool in my basement with a few of my buddies one evening. I’m sure my buddy Michael Mitchell was there, but I can’t remember who else. Maybe my friend from school Hugh Deissinger. (Yea, we had a pool table) I remember by then, my dad was working at a bank at the shore now and only came home on the weekends. Life was good, and it was a typical Friday night. My dad was cool with us listening to our records on his stereo, and the sounds of Aerosmith, Boston, Kansas, Foreigner, The Cars, ELO, and Peter Frampton filled the air.

My pop had an old wooden desk in the corner where he used to write out the bills and do his thing. That desk and its contents were completely off-limits to us kids because it was all dad/work stuff inside. We had no business touching anything in that desk. I remember going over to it to look for a pen or pencil to write something down that we were talking about.

I pulled open one of the drawers and there was the little toy car from my childhood crimewave days. I pulled it out and held it in my hands for the first time since the night I stole it. Did I have a moment of nostalgic wonder? No, I felt only revulsion for the object because of what it represented.

I told my friends the whole story that I just told you, and they all laughed. I felt better about the whole thing. My dad had paid for it that night back in 1970 to make things right. He righted my wrong with Mister Grocers but never let me have the stolen toy as part of my punishment. I get that, and it was the right thing to do. I didn’t deserve the spoils of my wicked handiwork.

He later told me that when we pulled up to the convenience store that night to return the stolen property, the police cars were there by pure chance. Just a couple of Philly’s finest grabbing a donut and a cup of coffee on the night shift. But he never said anything about it to me to further drive home his point. You steal stuff, the cops can come and haul you off to jail.

But what became of the little toy car?

That night that I accidentally found it and told the guys about it, was to be its final appearance. I took it from its package and placed it on the pool table. We then proceeded to blast billiard balls into it until it was smashed to bits.

I never said anything else about it and my dad never asked. I’m sure by then he’d forgotten about the little car in the drawer, but I’m sure not the incident.

Don’t take things that don’t belong to you!