If you were like me in the 1970’s you listened to top 40 radio most of the time. You heard a lot of great songs and instant classics. But among them were many unforgettable songs that were just weird or strange. I’ve tried from memory to remember the ones that stand out in my mind.

For weird reasons they became hits. They either made no sense or having any musical merit. Just a bizarre era of story songs.

Of course, this stuff is all pretty subjective but I did have a few criteria for what should be here. I decided to include a song if it:

I’m not saying that there weren’t ANY good songs during the 70s but there was just a truck-load of waste back then. If anybody’s stupid enough to think that ALL disco sucks, remember that it’s just a bastard son of rhythm & blues just like rock’n’roll is- so they’re related, see? Also, the 1970’s definitely didn’t have a monopoly on shitty music- there was tons of crap unleashed on us in the decade before and after and now also (there’s a future article there somewhere). Clothes-pin anyone?

The 70’s was an interesting time for music. There was a lot of experimentation and creativity from that decade, but there was also plenty of crap as well. Here is my list of the worst and most irritating songs of the 70’s.

Thankfully, Morris Albert has no incredibly sad story and famous offspring that will make you regret listening to his song. He’s just the singer of an incredibly, stunningly crappy song. “Feelings” has been mocked and reviled for a good 45 years, largely for the lack of specificity in the lyrics. What kind of feelings is Morris singing about? It’s clearly a love song, but it’s hard to think of a more vague term than “feelings” to describe, um, feelings. Albert maintains a following in his native Brazil, but he hasn’t had much success in America since he shared his “Feelings” with us back in 1975. If you wonder why punk had to happen, listen to this song.

It’s about a noun. It could have been written by a suicidal 14-year-old submitting to her high-school literary magazine in a last-ditch attempt to garner sympathy from the would-be lover who spurned her in front of everyone in the cafeteria. Feelings? Whoa whoa whoa, feelings.

I think we all felt the nausea of this song in 1975. I remember one of the neighbor’s girls said the following words to my sister. “Let’s sing…Feelings.” My sister quietly declined the offer because she had just eaten.

I remember when the song would come on a friend of mine would mock the lyrics. “Fuelings… Mid-Air… Refuelings.” 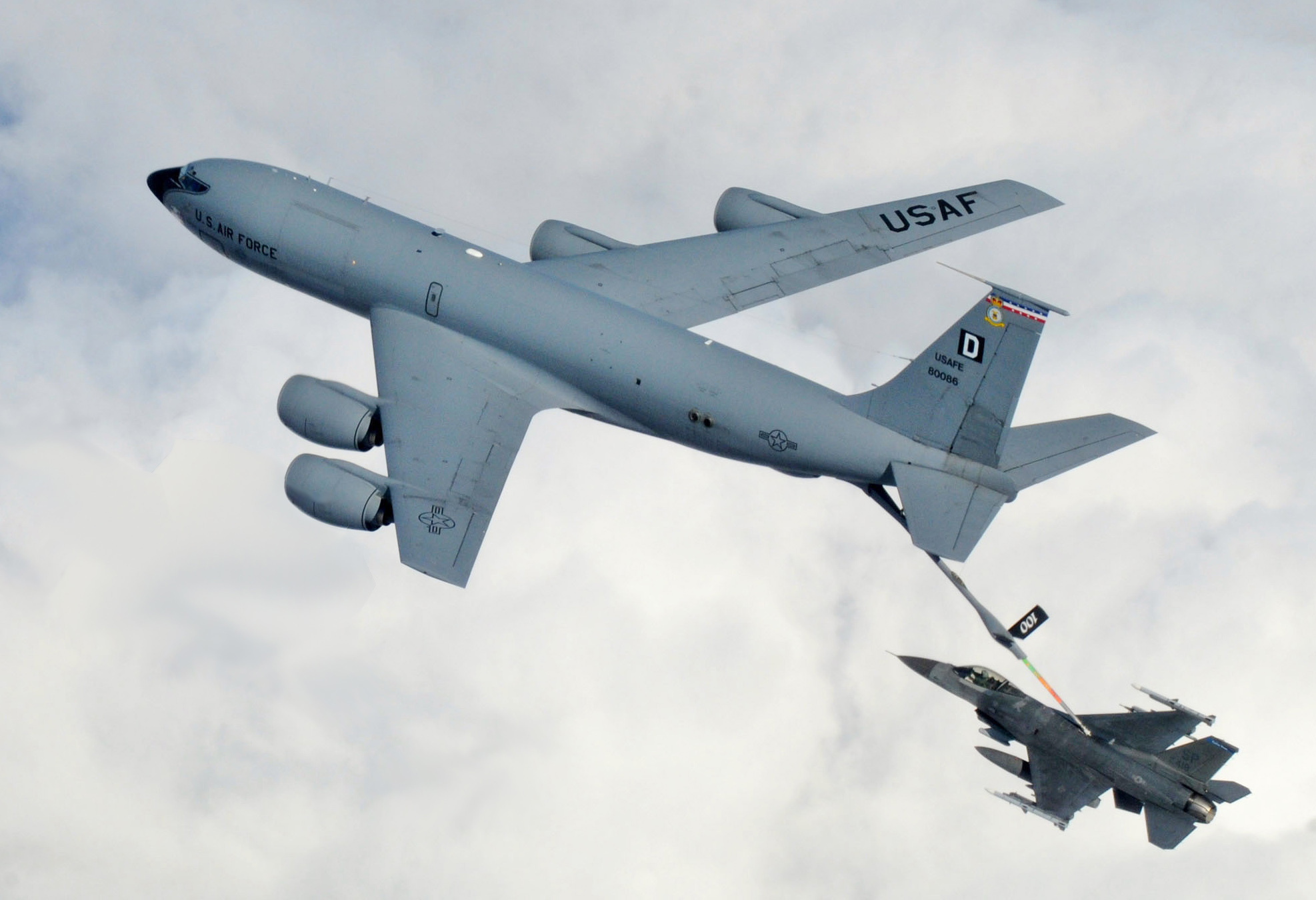 Excuse me… I have to go throw up in a bucket.

I really have it out for mid-1970s soft rock. This one is another song about a tragedy. “Billy Don’t Be A Hero” is about a woman begging her boyfriend to be safe while fighting the Civil War, and Terry Jacks’ 1974 mega-hit is about a dying person saying goodbye to his loved ones. The song was written by poet Rod McKuen in the early 1960s and first made a hit by Belgian singer Jacques Brel in 1961. The version by Terry Jacks hit Number One around the world in 1974, but Jacks largely retired from music just a few years later.

Terry Jacks “Seasons in the Sun” hit #1 for three weeks in 1974, making 1974 perhaps the worst year ever for popular music. In fact, out of all of the songs on this list, 12 of them peaked in airplay during 1974, 10 of which reached the #1 spot on the Billboard chart. 1974 was such a hideous year for music that popular radio station WLS in Chicago dropped their weekly ranking of their 40 top songs down to a weekly ranking of only 15 records per week. Still, even with only 15 records, most of them were virtually unlistenable, as in this example.

Ugh… this song makes me want to eat a bullet.

Ray Stevens was actually a talented songwriter, producer, and music executive with a dark side. In spite of his obvious talent, he insisted on writing and recording distinctly offensive or idiotic low-brow novelty songs for most of his career, including “Ahab the Arab” (“humorously” pronounced “Aay-rabb”—get it?), “Guitarzan,” and “Harry The Hairy Ape.” In 1969, Stevens became a regular on The Andy Williams Show, and in the summer of 1970, he got his own summer replacement show, The Ray Stevens Show. “The Streak” played on the 1970s prank of running naked through a public place. Released in late March 1974, the song hit #1 on the Billboard charts for three weeks in May 1974, and its insidious presence was all but inescapable for most of the American public.

I’m ashamed of all popular radio in the 70s at this point.

Have You Never Been Mellow – Olivia Newton-John – 1975

I couldn’t decide between this song and her other horrible hits of the ’70s (“I Honestly Love You,” “Hopelessly Devoted to You,” and “With a Little More Love”), but in the end, the title question itself is what put it over the top.

I’ve always loved ONJ as a woman and as a songbird. I probably only like the actress Susan George because she reminds me of ONJ. She always had such a lovely light feminine voice. Who can forget her enormous hit, Physical? I bought that album. I loved her then and I love her now. But this stuff from her early career is just so sugary, I need an insulin shot after listening to any of them.

This is the one song on the list that some people might actually appreciate on some level. Holmes was inspired to write “Escape (The Pina Colada Song)” when he saw a want ad in the paper. He wondered what would happen if he responded to it, only to discover it had been placed by his own wife. The lyrics originally went “If you like Humphrey Bogart,” at the last minute he changed it to “Pina Coladas,” a drink he didn’t even particularly enjoy. The couple in the song both agree to meet at O’Malleys Bar and don’t seem all that miffed to discover they were both trying to cheat on each other. Instead, they discover they both love Pina Coladas, being caught in the rain, and making love at midnight. It’s like a modern-day, O. Henry story. Maybe those should be called O’Malley stories now.  Holmes had another hit in 1980 with “Him,” but after that, his pop career pretty much went into the trash. He’s had far more success in recent years as a playwright.

I love his wardrobe choice for this video. Really dude? You had nothing else to wear? It looks like you just came from Sunday brunch. His stage presence is awful. I saw better choreography during the Lee Harvey Oswald prison transfer.

It’s also fun to watch him gingerly descend the stairs on set.

How many weddings in the late ’70s was this steaming pile of garbage played at? (All of them?)

You don’t hear it much these days, but “You Light Up My Life” was actually the single biggest song of the 1970s. It spent 10 weeks at Number One, a record not beaten until 1991 when Boyz II Men stayed on top for 13 weeks in 1991. The song was written as a love song, but Pat Boone’s daughter Debby always interpreted it as a song about her devotion to God. The song was written by Joe Brooks, who was arrested in 2009 on charges that he lured 11 women to his apartment with the promise of a movie audition, and then sexually assaulted them. He committed suicide before the case went to trial. Around the same time, this was all going down, his son Nicholas was arrested for murdering his girlfriend. The New York tabloids had a field day with the two cases. Knowing all that, it’s hard to listen to the song in quite the same way. It just goes to show that you can write the biggest hit of the 70s and still go out and do some vile stuff.

We already hate the song, and now because of what I wrote above, we can all hate it even more!

This was featured as a song on the doomed ocean liner in the film The Poseidon Adventure, Maureen McGovern’s schlocktacular effort (penned by 20th Century Fox songwriting hacks Al Kasha and Joel Hirschhorn) was released a year after the film and climbed to #1 for two weeks in August 1974. The song won best original song Academy Award and led the trio to team up again for another Oscar-winning debacle, “We May Never Love Like This Again,” in 1974’s The Towering Inferno. Few efforts better encapsulate the way that musical expression and creativity were cynically packaged for commercial consumption throughout most of the 1970s.

This is the 1971 debut single by Lobo. Written by Lobo under his real name Kent LaVoie, it appears on the Introducing Lobo album.

The single peaked at #5 on the Hot 100 and was the first of four of his songs to hit #1 on the Easy Listening chart, where it had a two-week stay at that top spot in May 1971. The song also reached #4 in the UK Singles Chart in July 1971 and spent four weeks at #1 in New Zealand.

Internationally, “Me and You and a Dog Named Boo” was Lobo’s second most successful song among more than 15 single releases, surpassed only by “I’d Love You to Want Me” the following year. (More trash)

I’d knock over an elderly lady in a walker to get to the radio to turn this crap off. England Dan and John Ford Coley, I’m not.

Listen to Phicklephilly LIVE on Spotify!